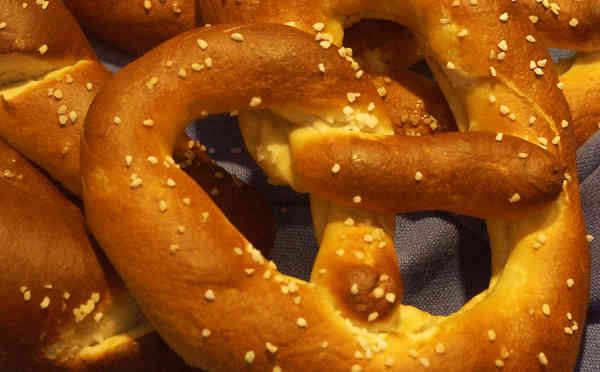 Bakers in Bavaria are threatening to go on strike during Germany’s famed Oktoberfest over a pay dispute, depriving beer festival-goers of their traditional salty pretzel accompaniment, a media report says.

‘If we don’t get any further by mid-September, we’ll strike in the bakeries,’ Focus news magazine quoted deputy regional president of the NGG gastronomy union Mustafa Oz as saying, in its Monday edition.

‘Then there’ll be a lack of pretzels and bread rolls’ at the Oktoberfest, he added.

The union is negotiating on behalf of 48,000 employees of the bakery sector in southern Bavaria state but so far the proposals by employers have fallen far short of their call for a 6.5 per cent wage hike.

The 181st edition of the world-famous Oktoberfest beer festival in Munich begins on September 20, and is expected to draw millions of visitors for a celebration of beer, lederhosen, dirndl dresses and oompah music.

Millions of litre-sized Mass glasses of frothy beer help wash down traditional foods such as pretzels, pork and dumplings.